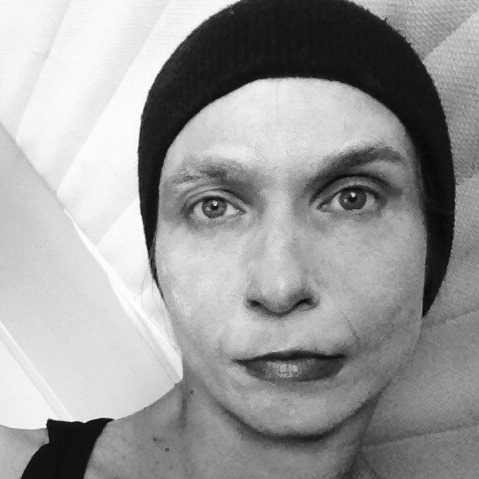 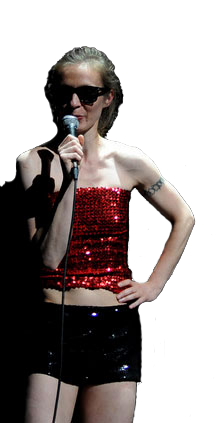 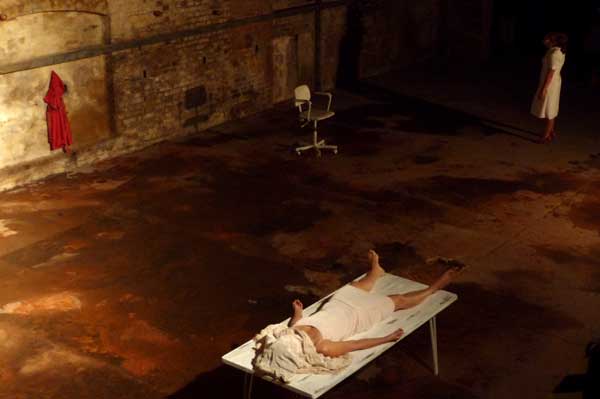 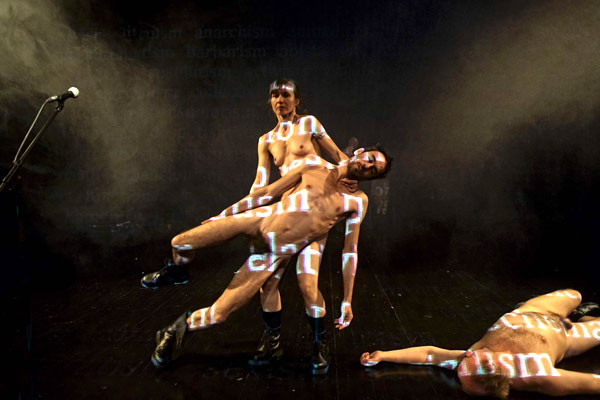 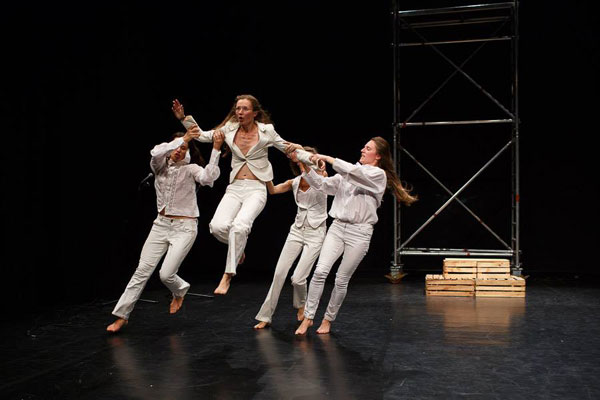 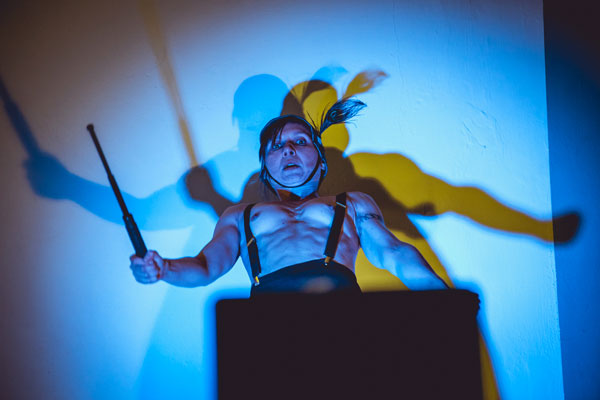 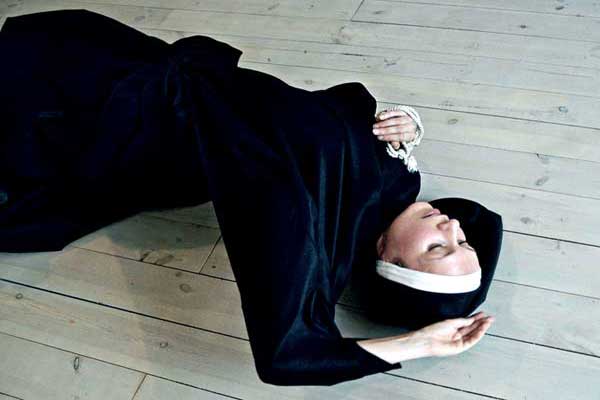 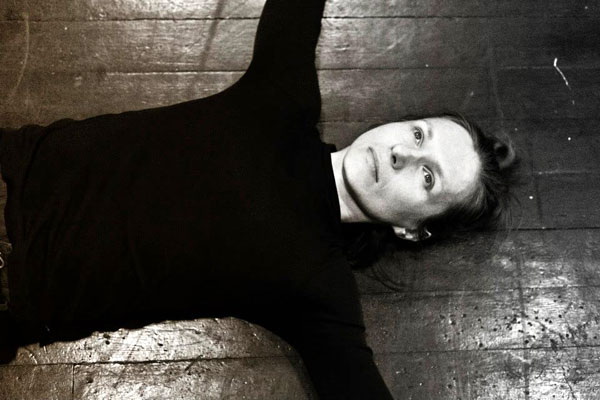 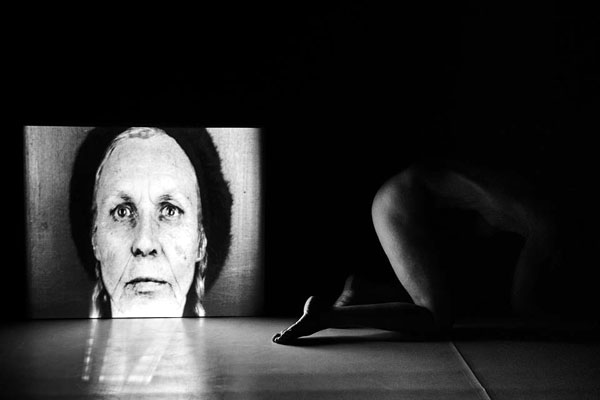 Rooted in the processes of Jerzy Grotowski's Art as Vehicle period, my practice combines a contemporary performance aesthetic with a strange fascination for Polish Romanticism. I began my career working for ten years full time as an actor in the Warsaw-based Studium Teatralne company of Piotr Borowski, a long-term associate of Grotowski during his late Pontedera phase. For me, the essence of this formative work was in its physical training. A rigorous investigation into the relationship between the body and space, between precision, improvisation and intuition; the aim, a creative onstage existence, a continual search, on a moment by moment basis, for what and where the performer's attention is.

In a break from this tradition, I undertook what became a series of collaborations over several years as a performer with Bojan Jablanovec's Via Negativa theatre company in Ljubljana. In my opinion, the importance of the VN approach is its focus on communicating to the audience via an "essential" creative message devised from the personal experience of the performers.

On these foundations, I began initiating projects. In 2012, with an intuitive trust in the creativity of opposites, I incorporated the organisation Ja Ja Ja Ne Ne Ne and devised a succession of shows with dancer Anita Wach, in collaboration with sound designer Opaean.

My process of creative thinking often starts from the vision of a character who represents a complex of ideas, problems, irresolvable circumstances.

I am interested in exploring situations where the body is thrown into heightened modes of operation determined by self-imposed conditions. Treated rather instrumentally. In service of ideas, meanings. Often naked, exposed, trapped in uncomfortable circumstances, but not humiliated. 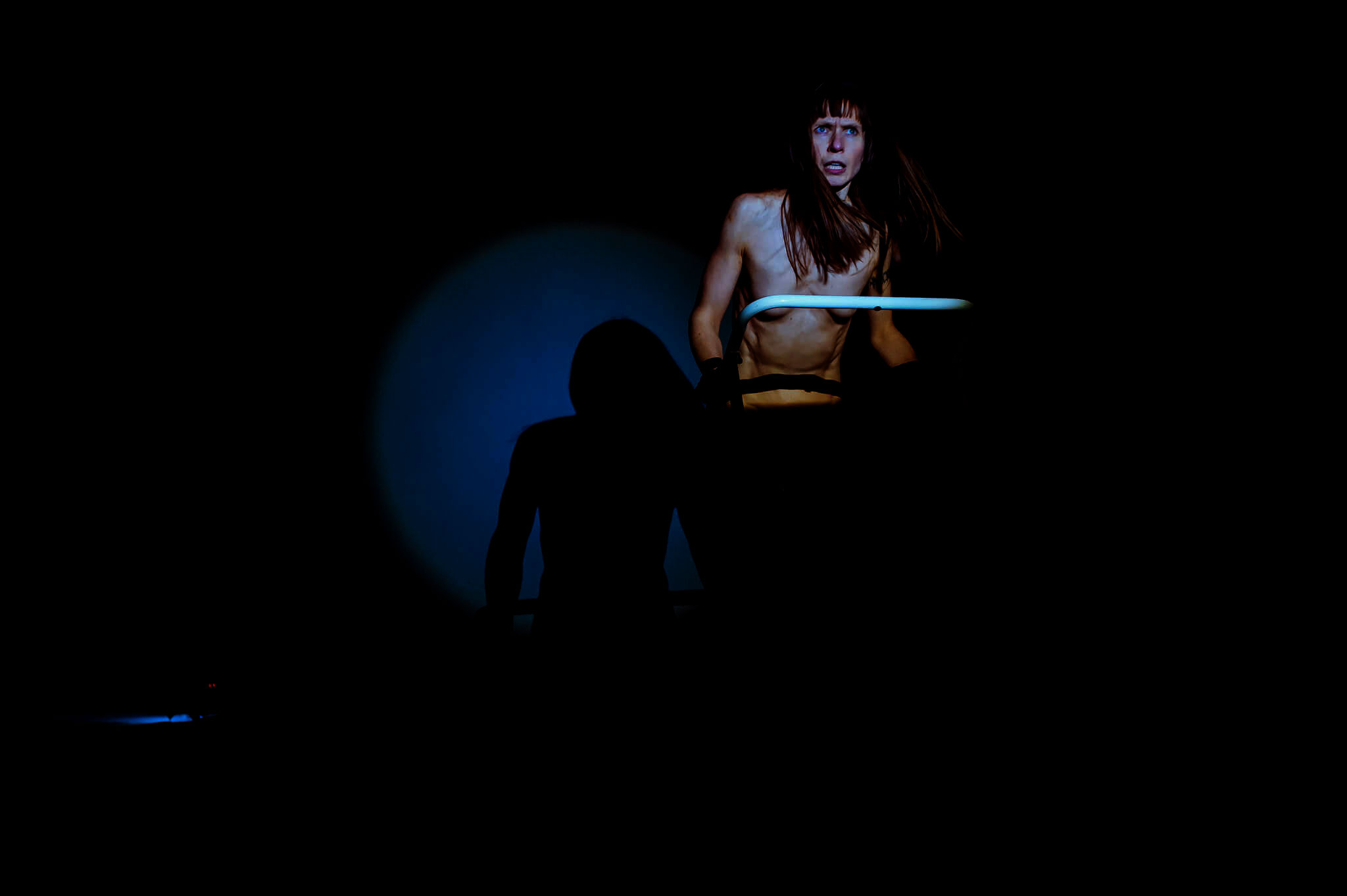 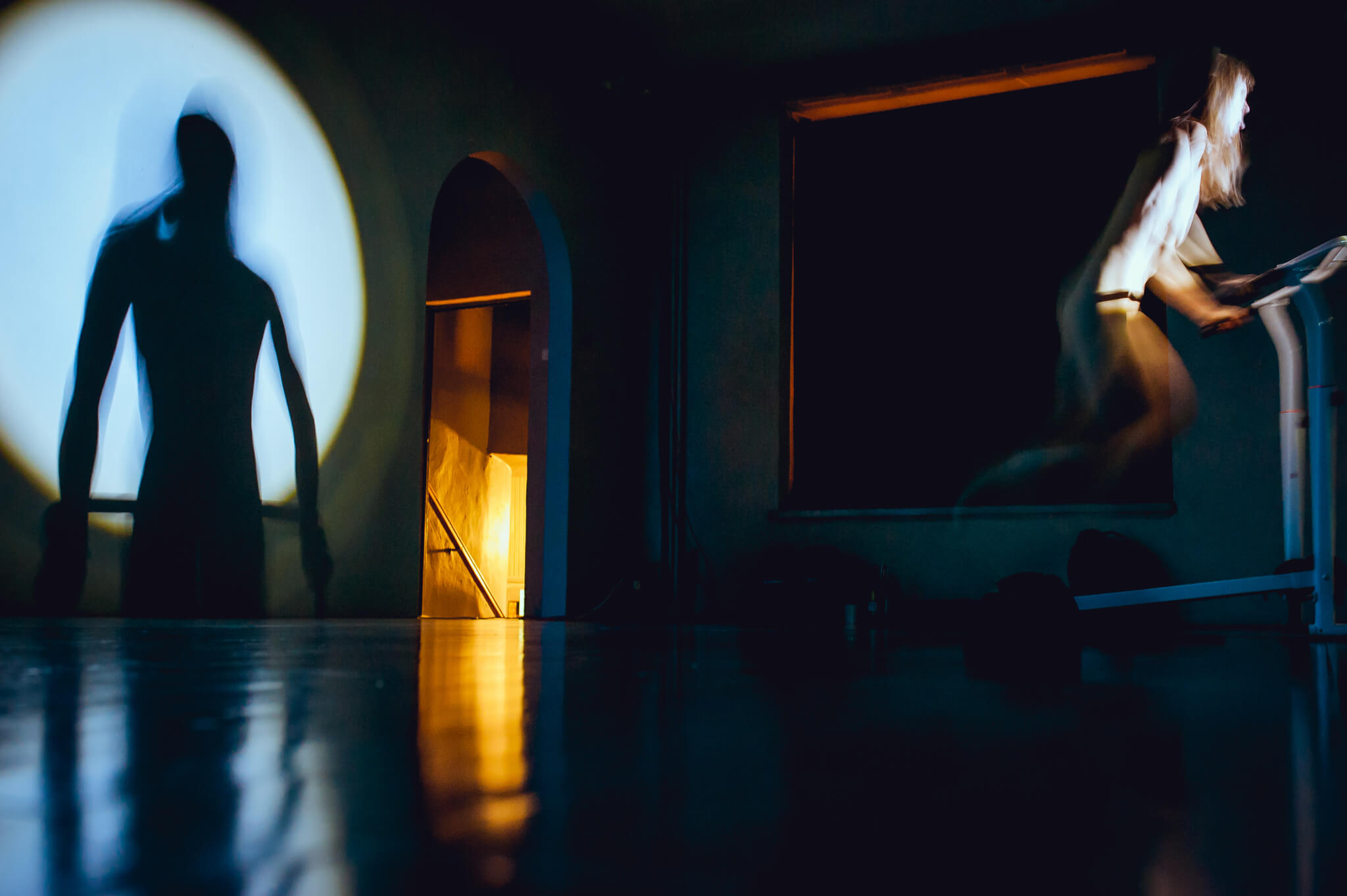 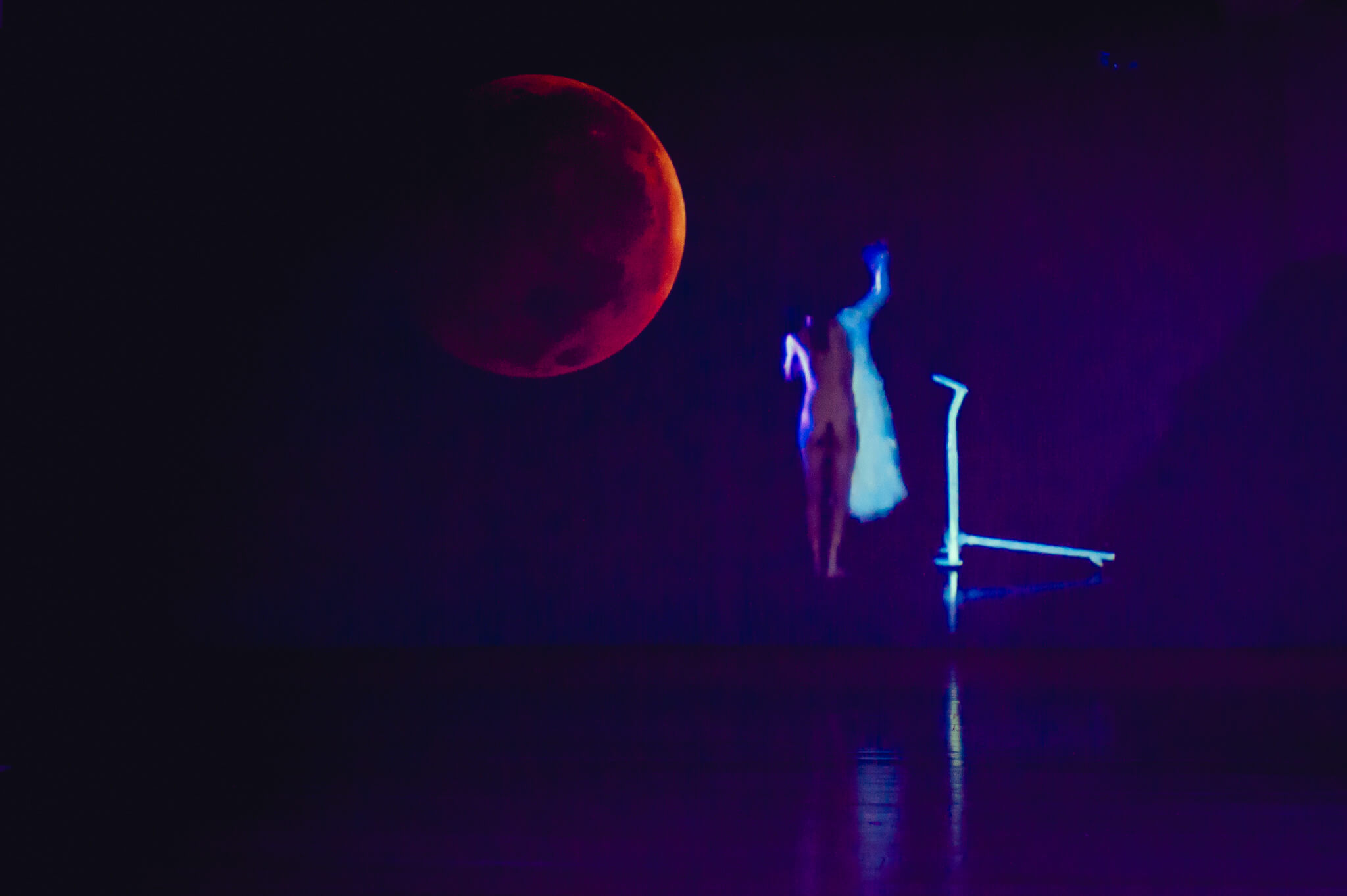 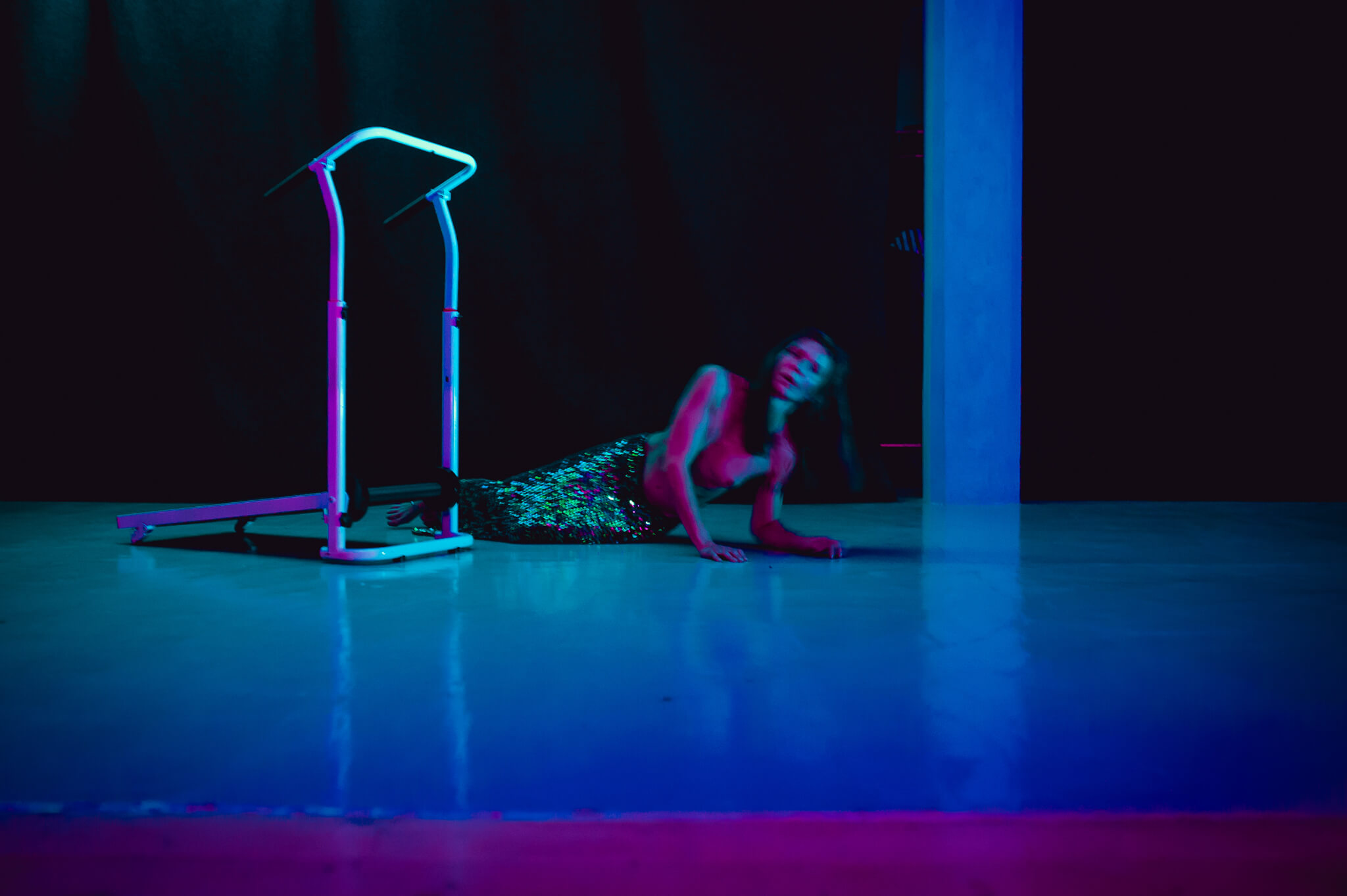 Deus ex Running Machina ... she is constantly running ... for something, before something, away from something ... transforming into various unrelated characters ... creating a collage of torn-up narratives ... she is making her own commentary, an attempt at self-critique in the form of a Tragic Chorus ... performance by Tuka ... sound by Opaean ... creation funded by Ja Ja Ja Ne Ne Ne Association & Studium Teatralne, support-in-kind from Hamish Henry, ZU-UK, Chisenhale Dance Space, United Cowboys ... photos ©2018 PatMic ... 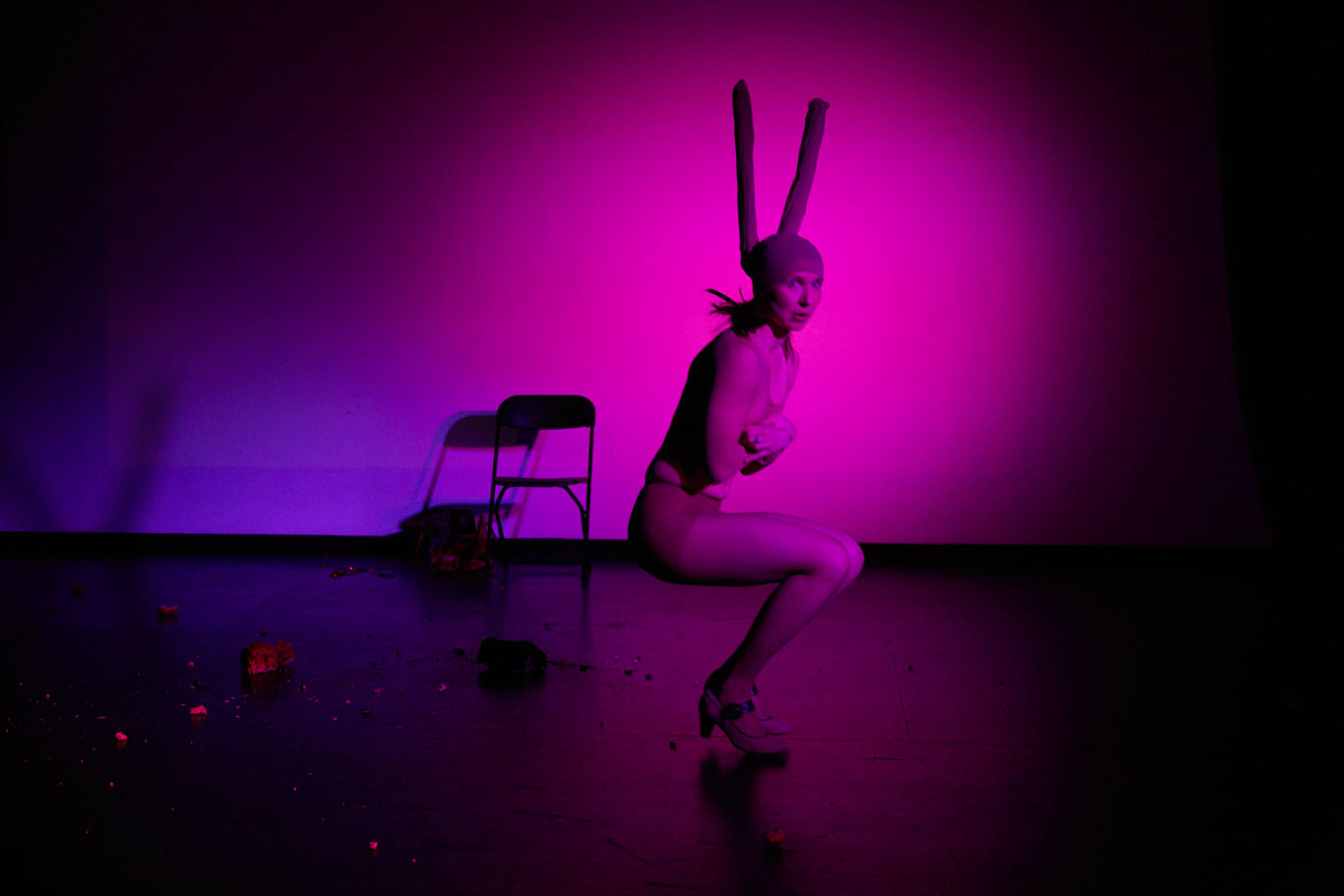 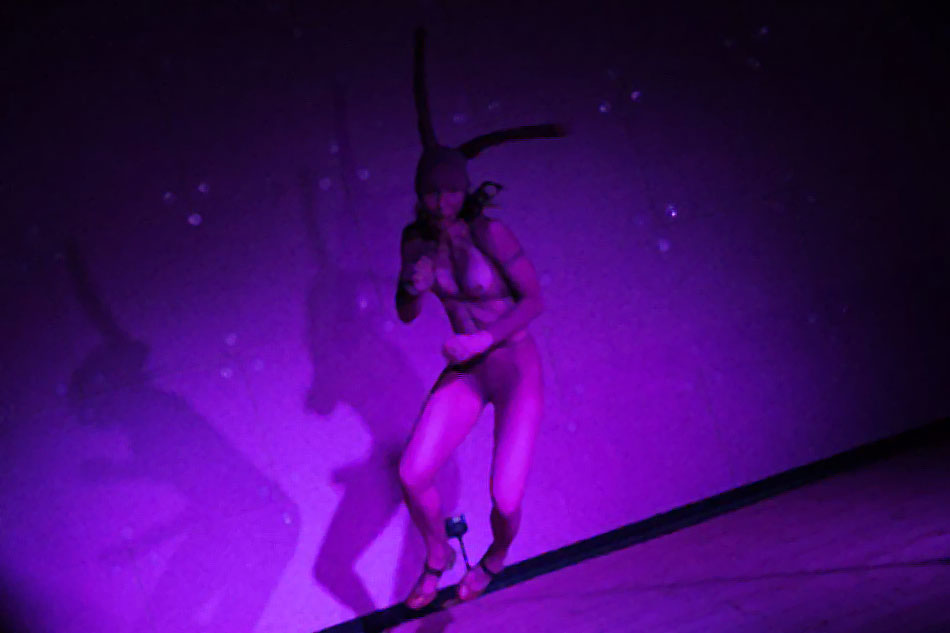 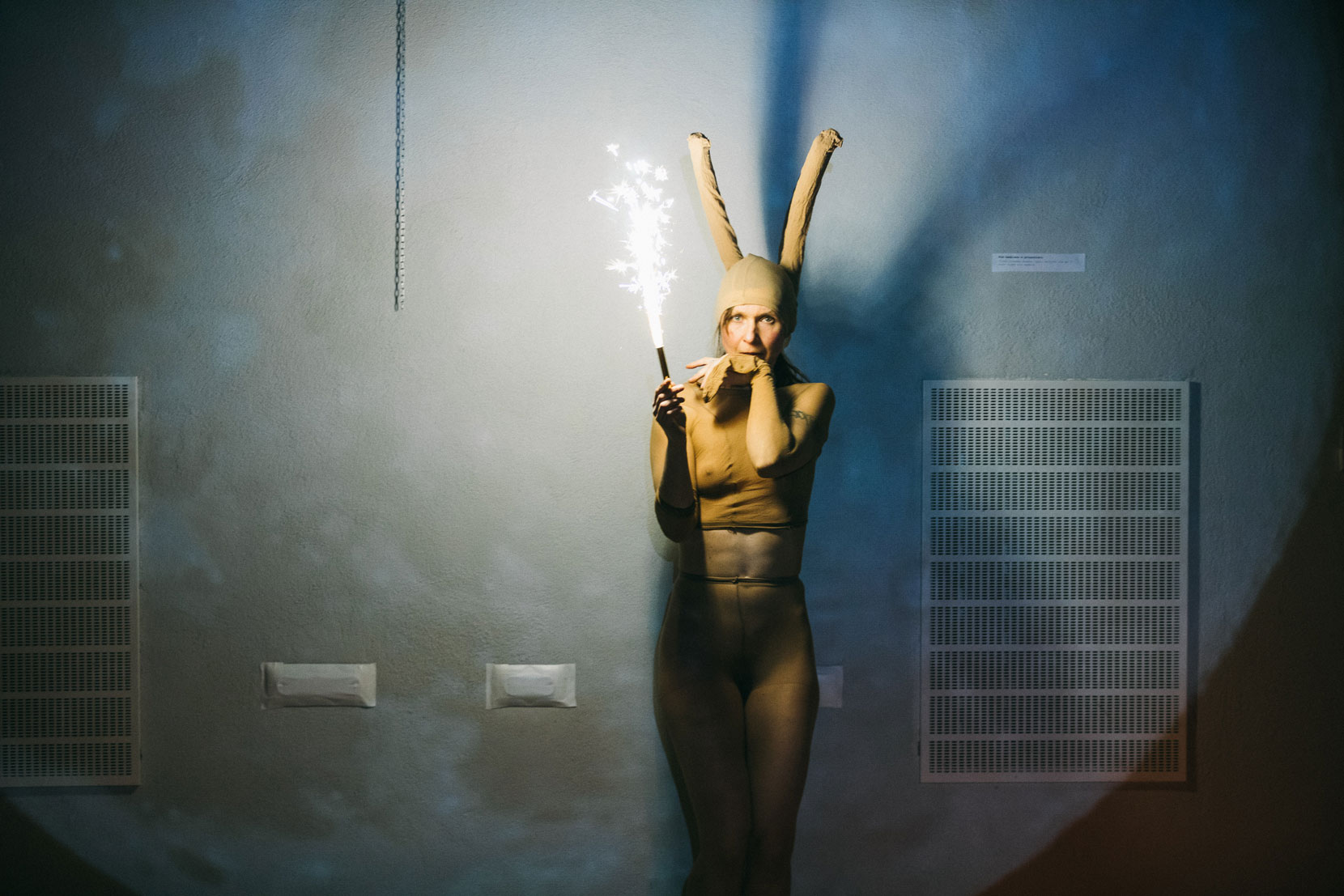 A performance by Tuka

In asking myself how the hare is dying, I open a space that is unknown or lost. The hare has rich mythology in many cultures. In ancient Egypt, its hieroglyph acted as the verb 'to be'. By trying to incorporate myself into this animal I hope, if only for a few moments, to make real contact with the audience. To be, together.
Sound: Opaean